Thoughts on the Christmas Story, Part 1


As part of my gift to my family this year, I wanted to capture some of the thoughts and insights that have come as I am re-reading and pondering the Christmas story. In particular, I want to share what I learn as I ponder different people and elements in the story.

Today, I will share some reflections from Matthew 1. Some of my reflections are more cerebral, some are more personal. (Bullets feel impersonal, but my time is limited, so please forgive the format.) 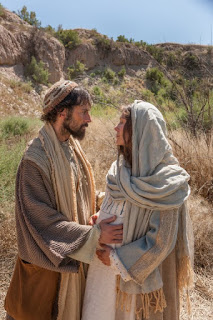 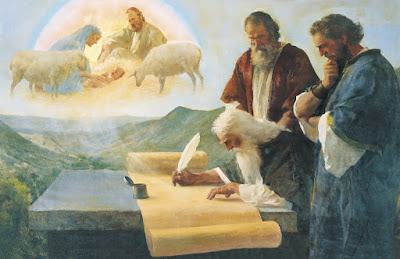 A favorite Christmas song of mine is "Where Shepherds Lately Knelt." When I first sang this song in a ward choir, I fell in love with the following line, spoken as if from the mind of a shepherd who was invited to come see the Christ child.

"How should I not have known Isaiah would be there, his prophecies fulfilled?"

An important part of the Christmas story is that it's an example of how God works with His prophets and actually helps make things happen so that prophecies are fulfilled. The scriptures repeat the notion as found in vs. 22: "Now all this was done, that it might be fulfilled which was spoken of the Lord by the prophet..." (v 22). This pattern will show up several more times throughout the Christmas story.

It's no small thing that The Church of Jesus Christ of Latter-day Saints proclaims that there are prophets again on the earth. Should we expect anything less than God working with the continuing unfolding of the story of the plan of salvation -- of which the Christmas story is only a part -- by helping the words of prophets be fulfilled?

...More thoughts to come on that when I write about the Christmas story in the Book of Mormon. :)